An artist’s illustration of a solar storm
(Image credit: Shutterstock)

High-speed solar winds from a “hole” in the sun’s atmosphere are set to hit Earth’s magnetic field on Wednesday (Aug 3.), triggering a minor G-1 geomagnetic storm.

Forecasters at the National Oceanic and Atmospheric Administration’s Space Weather Prediction Center (SWPC) made the prediction after observing that “gaseous material is flowing from a southern hole in the sun’s atmosphere,” according to spaceweather.com.

Coronal holes are areas in the sun’s upper atmosphere where our star’s electrified gas (or plasma) is cooler and less dense. Such holes are also where the sun’s magnetic field lines, instead of looping back in on themselves, beam outward into space. This enables solar material to surge out in a torrent that travels at speeds up to 1.8 million miles per hour (2.9 million kilometers per hour), according to the Exploratorium, a science museum in San Francisco.

Related: Ancient solar storm smashed Earth at the wrong part of the sun’s cycle — and scientists are concerned

On planets with strong magnetic fields, like our own, this barrage of solar debris is absorbed, triggering geomagnetic storms. During these storms, Earth’s magnetic field gets compressed slightly by the waves of highly energetic particles. These particles trickle down magnetic-field lines near the poles and agitate molecules in the atmosphere, releasing energy in the form of light to create colorful auroras, similar to the ones that make up the Northern Lights.

The storm produced by this debris will be weak. As a G1 geomagnetic storm, it has the potential to cause minor fluctuations in power grids and impact some satellite functions — including those for mobile devices and GPS systems. It will also bring the aurora as far south as Michigan and Maine.

More extreme geomagnetic storms can disrupt our planet’s magnetic field powerfully enough to send satellites tumbling to Earth, Live Science previously reported, and scientists have warned that extreme geomagnetic storms could even cripple the internet. Debris that erupts from the sun, or coronal mass ejections (CMEs), usually takes around 15 to 18 hours to reach Earth, according to the Space Weather Prediction Center.

This storm comes as the sun ramps up into its most active phase of its roughly 11 year-long solar cycle.

Astronomers have known since 1775 that solar activity rises and falls in cycles, but recently, the sun has been more active than expected, with nearly double the sunspot appearances predicted by NOAA. Scientists anticipate that the sun’s activity will steadily climb for the next few years, reaching an overall maximum in 2025 before decreasing again. A paper published July 20 in the journal Astronomy and Astrophysics proposed a new model for the sun’s activity by separately counting sunspots in each hemisphere — a method the paper’s researchers argue could be used to make more accurate solar forecasts.

Scientists think the largest solar storm ever witnessed during contemporary history was the 1859 Carrington Event, which released roughly the same energy as 10 billion 1-megaton atomic bombs. After slamming into Earth, the powerful stream of solar particles fried telegraph systems all over the world and caused auroras brighter than the light of the full moon to appear as far south as the Caribbean. If a similar event were to happen today, scientists warn, it would cause trillions of dollars in damage and trigger widespread blackouts, much like the 1989 solar storm that released a billion-ton plume of gas and caused a blackout across the entire Canadian province of Quebec, NASA reported.

Ben Turner is a U.K. based staff writer at Live Science. He covers physics and astronomy, among other topics like tech and climate change. He graduated from University College London with a degree in particle physics before training as a journalist. When he’s not writing, Ben enjoys reading literature, playing the guitar and embarrassing himself with chess. 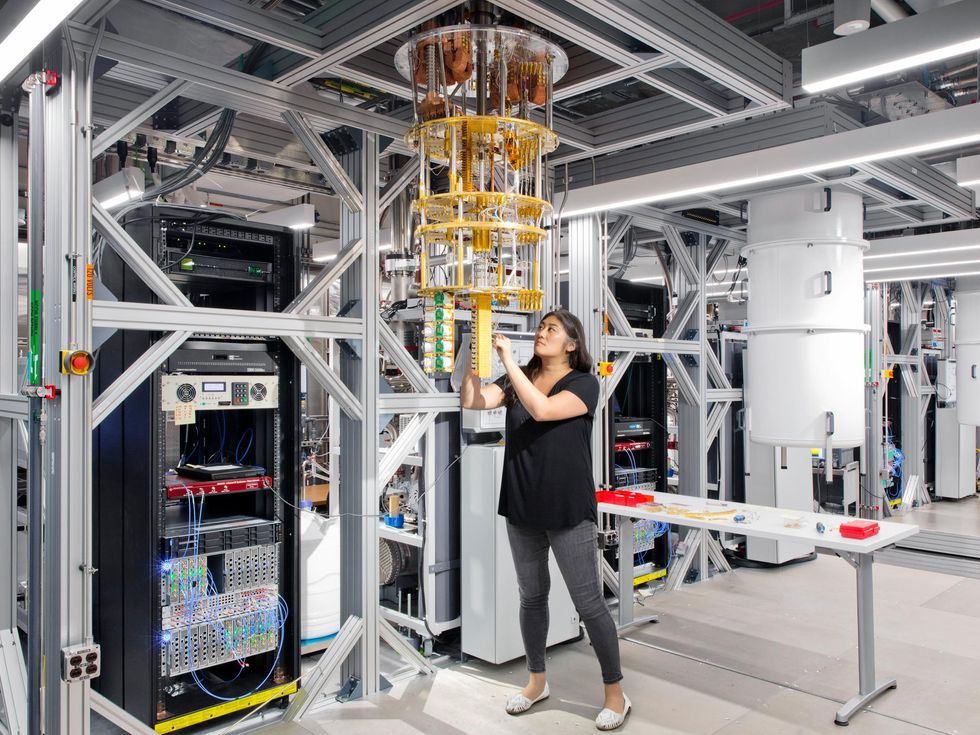 An IBM Quantum Computer Will Soon Pass the 1,000-Qubit Mark